WIT STUDIO, a Japanese animation studio that has produced a series of popular animated films, has launched a crowdfunding campaign to promote the studio's 10th anniversary.
We need your help to bring the energy and enjoyment of WIT STUDIO's creators to the world! 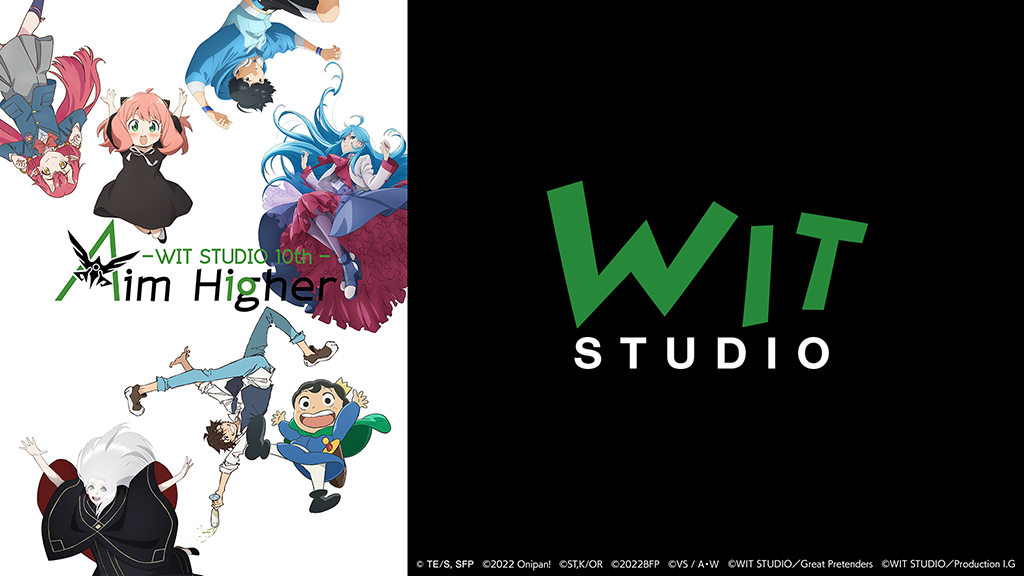 WIT STUDIO is an animation production studio that has produced many hit animations, including the smash hit TV animation Spy x Family, the Galaxy Monthly Award winning Ranking of Kings, and the blockbuster anime feature Bubble, which is currently streaming worldwide on Netflix.
Celebrating their 10th Anniversary, WIT STUDIO will start a crowdfunding campaign to promote the studio to anime fans outside of Japan.

■To boost the worldwide recognition of WIT STUDIO■

Since 2012, we have produced various animations over the 10 years, but it seems not many people know about us as an animation studio. We have a strong desire to bring our contents to anime fans around the globe. Although there were opportunities to communicate with fans at physical events in Japan, we would like to celebrate our 10th anniversary by letting anime fans around the world know more about our works and us!
We truly need your support to boost the studio recognition!!

■We will be exhibiting our booth at our first overseas event!■

WIT STUDIO will be exhibiting our promotional booth at overseas events below.
More dates and events will be added later on!

1. Japan Expo (France) July 14 to July 17, 2022
We will be exhibiting WIT STUDIO booth at the venue during the event
https://www.japan-expo-paris.com/fr/

2. Manga Expo (Taiwan) July 28 to August 1, 2022
We will be exhibiting WIT STUDIO booth at the venue during the event
https://www.ccpa.org.tw/comic/index.php?tpl=12

■Crowdfunding to connect anime fans around the world with WIT STUDIO■

How We Will Use the Funds
The funds raised through this project will be used for production and construction costs necessary to promote WIT STUDIO at anime and Japan-related events around the world.

・1 on 3 meetings
┗ WIT founders communicating directly with fans overseas via the Internet.

・Exhibiting WIT STUDIO PR booth at overseas events
┗ Other than above, we will plan and develop overseas activities with the support funds. Any ideas from backers are always welcome! 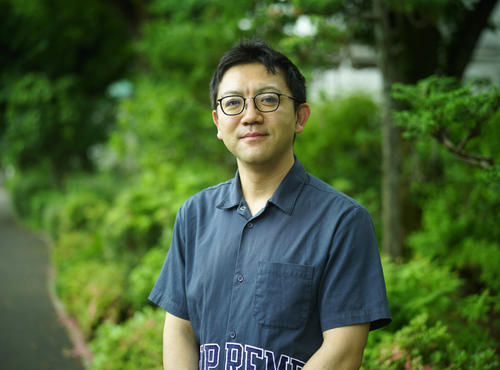 We, WIT STUDIO, are an animation studio in Tokyo, Japan, producing content for the world. In June 2022, we will celebrate 10 years since our studio was first established.
Together as a team, we have produced various works including Attack on Titan (Seasons 1-3), Kabaneri of the Iron Fortress, Ancient Magus' Bride, Ranking of Kings, Spy x Family, and many more. With every new animation release, we've felt the support of our many fans. Every day we receive supportive comments from all over the world on our official social media accounts, and we are truly amazed that our content is being viewed by so many people in so many different countries and territories! We kindly ask for your support on this project to allow us to deliver the traces of our 10 years of history to as many countries and territories as possible! 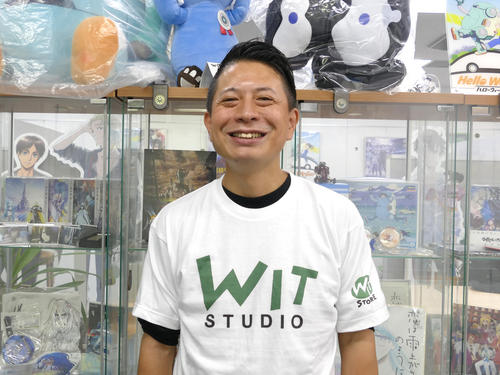 In the 10 years since WIT STUDIO was established, we have worked hard with all of the founding members to produce many works, including Attack on Titan (Seasons 1-3), Kabaneri of the Iron Fortress, Bubble, and Spy x Family. We will keep on producing new content in the future, and with newly talented creators and energetic production teams emerging within the studio, we will continue to create animations for everyone to enjoy. Through this crowdfunding campaign, we hope to communicate with you and let you more deeply enjoy the content we have been working on at WITSTUDIO. We will continue to do our best to become a studio that is worth the support, and we ask for your assistance! 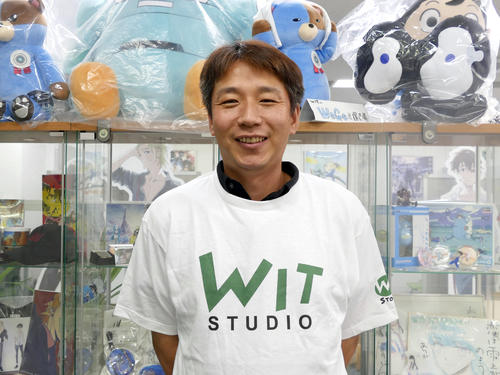 It has been 10 years since WIT STUDIO was established, and we have produced various content not only in Japan but also around the globe. We have been receiving comments from people all over the world through social media, and I was able to really feel our 10-year-long history. We would be grateful if you could support us!

We, WIT STUDIO, are an animation studio in Tokyo.

In June 2012, WIT STUDIO was formed around business producer George Wada, animation producer Tetsuya Nakatake, and anime creator Kyoji Asano, who met as colleagues at Production I.G, a studio known for the Ghost in the Shell series and Psycho-Pass series. We have gone on to produce numerous animated series and films that are available worldwide.

WIT STUDIO will celebrate its 10th anniversary in 2022. Throughout the 10 years since our founding, we have produced many animated series. You may have heard of Attack on Titan (Seasons 1-3), The Ancient Magus' Bride, Vinland Saga, Kabaneri of the Iron Fortress, and many others.

To commemorate our 10th anniversary, we produced Ranking of Kings, Bubble, Vivy -Fluorite Eye's Song-, Vampire in the Garden, Onipan, and GREAT PRETENDER. Our latest work, Spy x Family has been a smash hit!